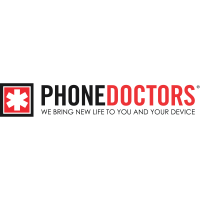 Slow iPhone? Tulsa Company Giving Away Free Batteries for Slow iPhones.
Tulsa, OK – Is your iPhone running slower than normal? Since Apple® announced on December 20th that it’s software was slowing down iPhones in order to prevent them from randomly shutting down, a problem due to aging lithium batteries, millions of Americans have been forced to invest in new batteries to rectify the issue. However, Tulsa-base PHONEDOCTORS® has decided to respond by giving away FREE batteries for iPhone models that are affected with slow performance starting on February 7th, 2018.

PHONEDOCTORS says the best thing for a sluggish iPhone is to replace the battery with their free one; and according to Apple this will cause iPhones to once again experience peak performance and prolonged life. For the free battery, your iPhone must be one of the following models: 5c, 5s, 6, 6 Plus, SE, 6S, 6S Plus, 7, or a 7 Plus. The battery will come with a 1 year PHONEDOCTORS replacement warranty. "We setup a website to manage the giveaway and just need affected iPhone customers to visit the site, fill out the information, and we’ll email a FREE battery coupon to redeem at stores starting February 7th. All we’re asking is that customers help cover the cost of labor, which is fixed at $9.99 per battery installation", says Alex Iser, CEO of PHONEDOCTORS.  He goes on to say the FREE battery offer is a way they are saying thank you to both existing & new customers while introducing them to a more convenient and economical approach to maintaining good health of your device.

To receive your FREE battery for your iPhone, you must fill out the PHONEDOCTORS redemption form @ www.phonedoctors.com/muchlove

About PHONEDOCTORS®
PHONEDOCTORS has 12 repair and replacement stores in Oklahoma and Arkansas as well as delivering online repair instructions and DIY parts to consumers since 2004. PHONEDOCTORS is also beginning to franchise in the 1st quarter of 2018.

*The use of the Apple Inc. logo or trademark does not represent an endorsement by Apple Inc. of PHONEDOCTORS. Apple®, and iPhone® are registered trademarks of Apple Inc.